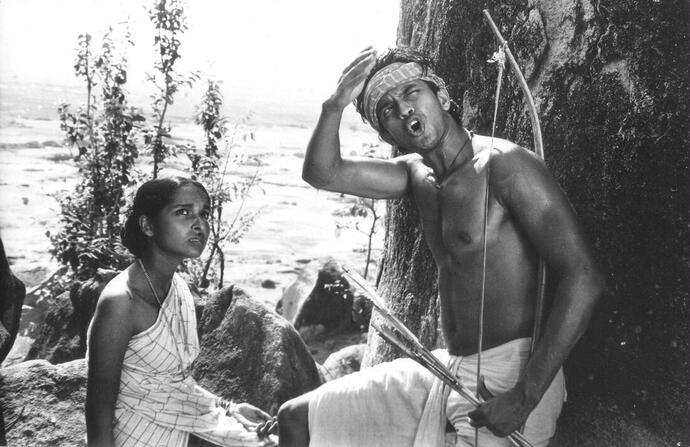 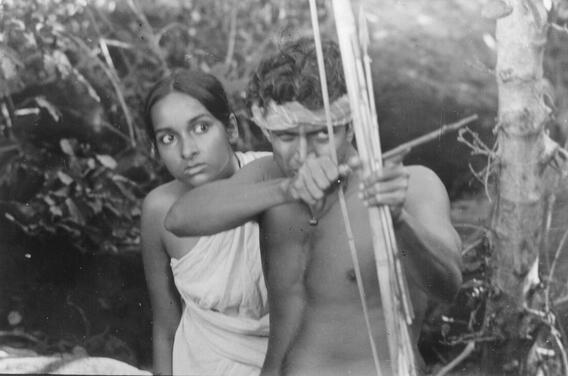 ​Mithun Chakraborty and Mamata Shankar. For both of them, it was their first film. Mrinal Sen met Mithun at the Poona Film Institute, during one of his visits, when Mithun was a student there. 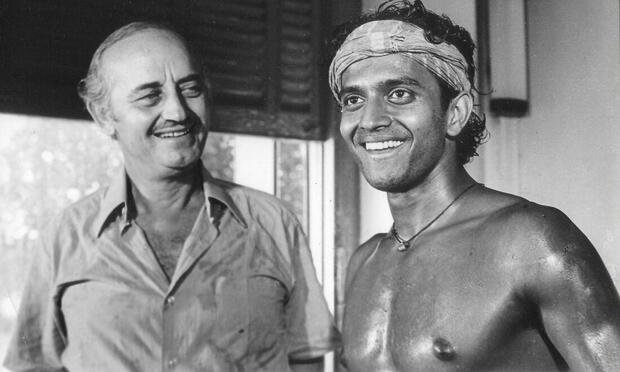 Mithun Chakraborty and Robert Wright. In real life Robert Wright was the top executive at the Tollygunge Club of Calcutta. 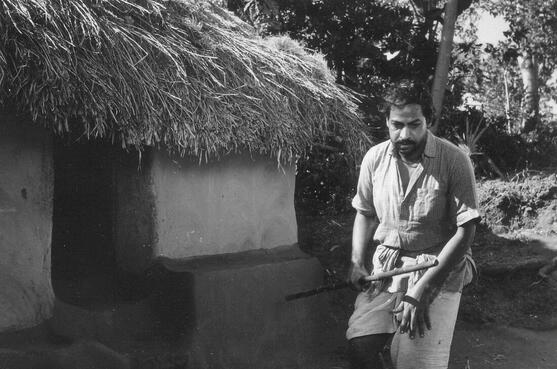 Sadhu Meher, who started his acting career in Bhuvan Shome. 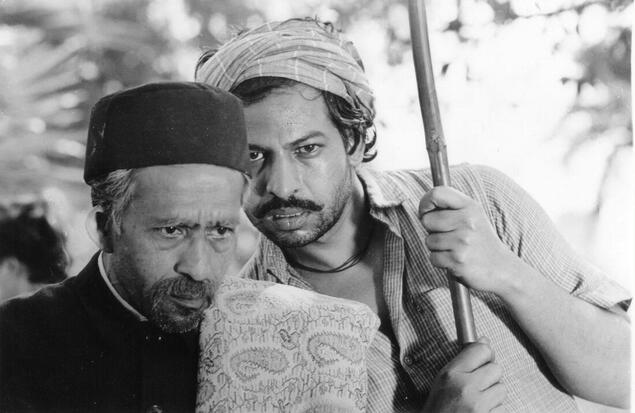 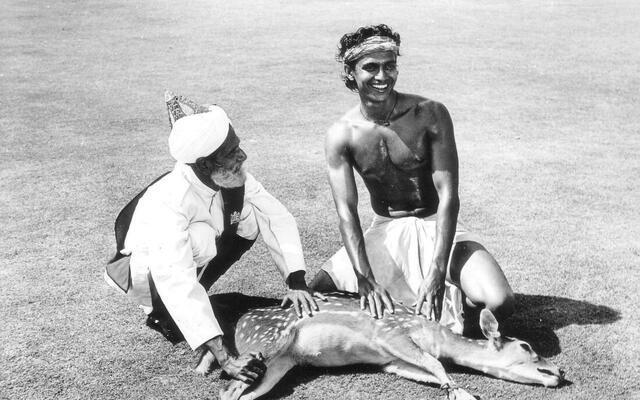 Mithun and the captured deer. The deer unfortunately died right after the shooting, probably out of shock and fear. 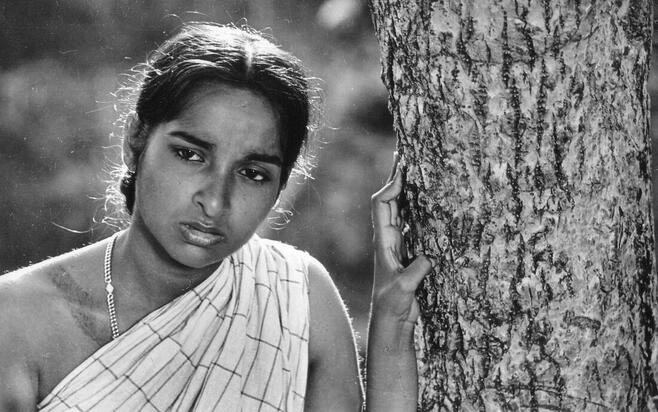 Mamata Shankar is the daughter of the famous dancers Uday and Amala Shanker, and is the niece of Ravi Shankar. Her brother, Ananda Shankar composed music for many of Sen's films. 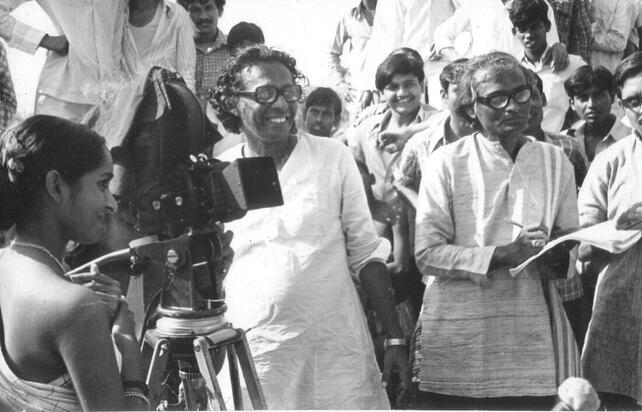 Mrigaya was mostly shot in a tribal village near Massanjore. 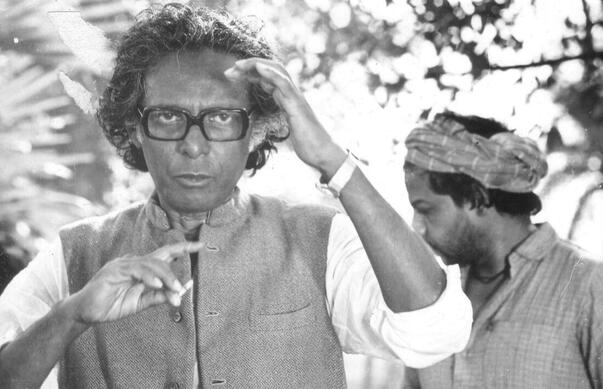 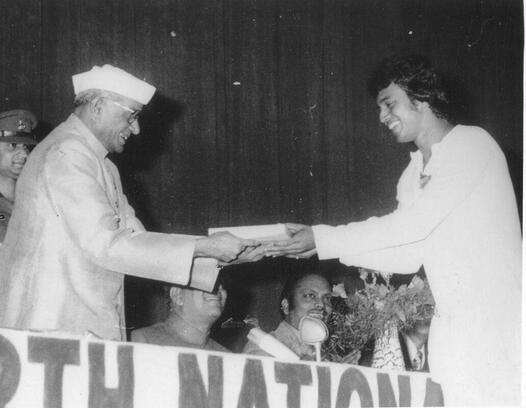 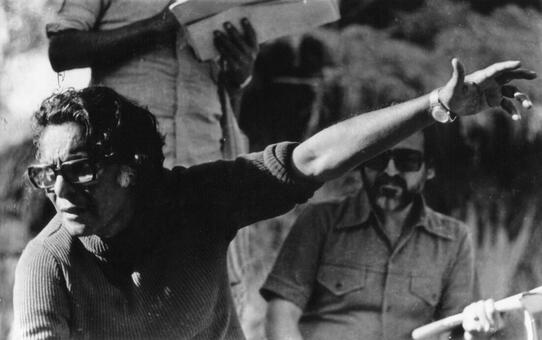 Mrinal Sen and Arun Kaul, who was involved with many of Mrinal's films. Bhuvan Shome's initial draft was written in a day in Arun Kaul's apartment in Bombay. 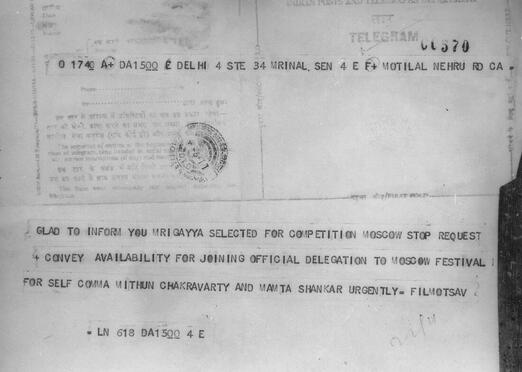 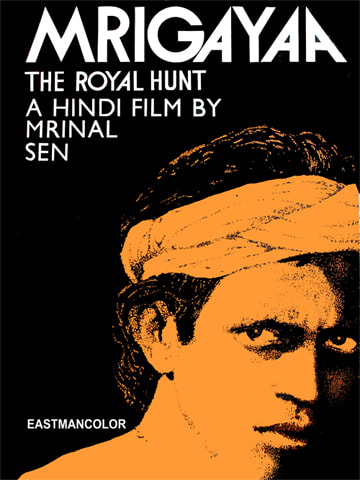